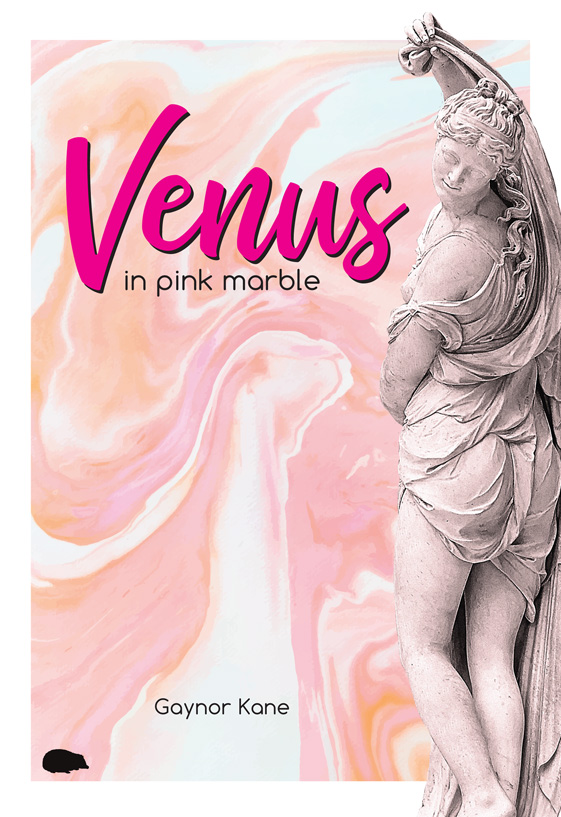 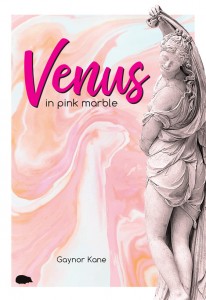 Can I just say that there probably wouldn’t be a Hedgehog Press without Lady Gaynor Kane?

Yes, I think I can. She has basically been there from the very start, let me publish her fantastic array of beautiful poetry and in every sense – just been amazing.

I know I gush, and it isn’t even down to the fact that she even sent me food parcels, although frankly I am now addicted to Tayto Cheese and Onion Crisps, but then who wouldn’t be given half a chance?

But this week, our final Book of the Week of 2021 could only be Gaynor’s magical collection, ‘Venus in pink marble’ which is without doubt, my favourite poetry collection ever.

There, I said it. No crisps in the post, that is the plain and unsalted truth.

Following the success of her thematically focused pamphlet Memory Forest, Gaynor Kane’s debut full collection of poems opens outwards as she explores her personal history. Venus in pink marble takes the reader on a narrative journey from heritage and place, through family and relationships, to poetry inspired by culture. Venus in Pink marble is poet and public servant, protector and rebel, proposition and paradox, with feminine strength. 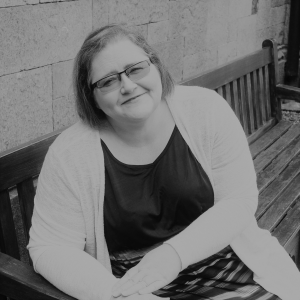 Gaynor Kane (nee Carson) fell into writing accidentally. At forty, instead of buying a mid-life crisis sports car, she started a degree with the Open University. She finished her BA (Hons) in Humanities with Literature in 2016 with a module on creative writing. Since then, she has been widely published in journals and anthologies and listed, placed, and won, several poetry competitions. She is vice-chair of Holywood Writer’s Group and a member of Women Aloud NI. Gaynor also volunteers for EastSide Arts during their summer festival and also during the CS Lewis Festival.

“In the opening poem to Gaynor Kane’s ‘Venus in Pink Marble she describes her poems as being held in ‘fragile, translucent hulls’ that dissolve ‘before they reach the skyline’. In doing so she undersells her collection. ‘Venus in Pink Marble’ is packed with vibrant, resonant poetry that will live long in the consciousness of this reader.

The collection is divided into three parts. The first part ‘The Lock’ explores the present and past history of her homeland and its impact upon the writer and its people. She describes an urban landscape of industrial decay: Belfast’s thriving and prosperous industry is no more leaving ‘Industrial bones in the landscape’ and ‘Stagnant water’s slow-flow framework/where once it was dynamic’ (‘Echoes’). Its fragility is beautifully captured in her account of how a rat brought the city’s transport system to a halt by chewing through a cable in ‘Dead Short on the System, Belfast, 1923’. The community Kane describes, however, is not cowed. She celebrates its courage and its refusal to accept hardship and oppression in poems such as:  ‘Annadale, 22nd April 1914’, ‘Domestic Help’ and ‘Christmas Morning, Carrowdore, 1870’. She commemorates its fight for social justice as she has little faith in those in power to address the issues her community faces: in ‘Belfast Moon, January 2017’ she describes ‘dark/powers colliding/integrity/compromised’ and in ‘Election day, 12th December 2019’ she characterises politicians as looking ‘down from on high’ on ‘the starving and the shivering’ and in the last stanza of the poem tellingly juxtaposes a cold, homeless man looking for shelter against ‘the warm hands scooping handfuls of ballot-paper-snow’.

In the second part ‘Letter to Me’, the focus of the collection turns to domestic life with poems full of warmth and tenderness.  Here she explores close relationships and memories. Familiar objects, such as a barometer, are invested with the affections she feels for their owners; she invokes the presence of a friend through a recipe of sensory details; family rituals, such as lighting the fire and pulling a wishbone, are lovingly described so that we share their significance; and we travel with her on family holidays experiencing the joy in her memories. This is not rose-tinted nostalgia, however: she explores more difficult moments too. She movingly describes her first contact with death and grief in ‘The first time I saw him cry’ and in ‘Trussed’ she tells of the alienation, loneliness and physical suffering  of growing up with a club-foot; a poem with the stunning lines ‘my mother transformed to woodworker/as if steam-bending a strip of tear-soaked birch’.

In the third section ‘A Life Drawn’ Kane’s perspective turns outwards again: the poems in this section are inspired by works of art and other artefacts. Two poems that particularly caught my attention were responses to the work of visual artists. In these poems Kane uses the pictures as springboards for her own narratives. In ‘A Life Drawn’ she puts herself in the place of Leonardo Da Vinci’s nude model, vividly realizing the oppressiveness of the relationship between model and artist: ‘I want to course/like a hare cross a meadow but I am silent/sculpture still; running will not feed my family’. Later in the poem he invades her personal space, she feels ‘his breath on what he calls/my scapula’ and he ‘traces the tendon on my wrist’. In the second poem, ‘American Gothic’, she reflects again on the nature of a relationship, this time between the man and woman portrayed in the painting. She projects forward, five weeks later, when the woman, unable to bear his repression of her any longer, takes revenge and murders him with his own pitchfork.  There is a darker tone here that is to be found in other poems in this section that contrasts so effectively with the lighter tone of the poems in ‘Letter to Me’.

Carol Ann Duffy writing about her inspiration for poetry says: ‘You can find poetry in your everyday life, your memory, in what people say on the bus, in the news, or just what’s in your heart”. Her words sum up the inspiration for this fine collection by a mature poet at the height of her powers. A must autumn read!”