“Dearest Lord, When Will I Die?” – Peter Francis Pegnall 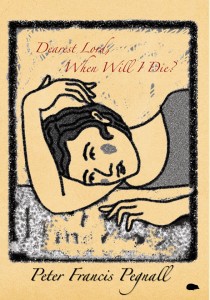 Peter Pegnall has published six full collections of poetry, 5 with Lapwing Press and one with Blackwater Press. He writes obituaries for The Guardian and The Daily Telegraph, Theatre Reviews for the Catholic Herald, Poetry Reviews for Poetry Ireland, The London Magazine and Ploughshares. He is Founder Director of A Casa dos Poetas, the first genuinely collaborative Poetry Festival to be held in The Algarve, in  Lisbon and on Brighton. Teaches Latin at a local comprehensive school and Creative Writing all over the the United Kingdom , Ireland, France, Portugal and The United States. He is a pioneer in the study and practice of Poetry as a contributor to mental health. Has performed with Steve Clayton from Hawkwind and Phillp Sheppard, composer of the music for the latest Star Wars movie, He was taught by Seamus Heaney and taught alongside Billy Collins, Carol Ann Duffy and Simon Armitage,

Peter Pegnall seems determined to repeat himself, at least twice over. At nine, he read a poem at the school bazaar, inveighed against hypocrisy at Christmas and was delighte 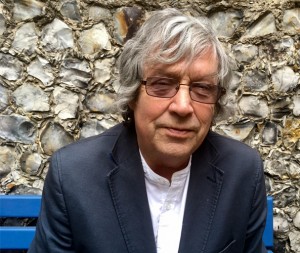 d at the astonished reception, as well as riven with fear. His latest volume will be launched at Norwich Cathedral, in an international festival. A harpist called Joy will accompany him. At sixty nine, he teaches Latin at Fakenham Academy, utters Juvenal and Catullus to astonished teenagers, who are delighted to show off their knowledge to their friends. He read English in Ireland, translates Gaelic lyrics into English; rowed the ferry at Sunbury on Thames when sixteen and has just inherited a kayak in Norfolk. Pneumonia at three, thirteen, twenty three, forty three, still counting, on one and a half lungs. First love in Holland Park at fifteen, last love to be announced, posthumously. A son at zero, dad at twenty three, grandpa at fifty six and sixty. A stick of rock, he will not cease to spell out his name nor sell his wares. The cellophane wrapper is intact, if crumpled.

“Eight sentences on Peter Pegnall’s Dearest Lord, When Will I Die: ‘Suppose we are angels of flesh capable of metaphysical self-irony. Suppose that light is the music of our being. Imagine touching the earth with your feet and hands. Your memory a melancholic ostinato of self-awareness. Death postponed by the beauty of the world. Or by the urgency of human trivia. Look at the lushness of unrecyclable perceptions and washed-away sentimental debris. Poetry as a deaf and mute and blind song.”

“Peter Pegnall’s poems understand what it is to look squarely at the world and find it intimately refracted and reshaped. Like the bird in his beautiful short poem ‘Lifelines’, his is a poetics which ‘dives deep inside, where it hurts and heals’.”

“In Dearest Lord, When Will I Die Peter Francis Pegnall captures with wonderful assurance the pitiless nature of time. These are poems of wit and warmth, youth and maturity, passion and intelligence, full of surprising juxtapositions and unruly emotions. On page after page I felt new doors opening.”

“To paraphrase a line from one of Peter Pegnall’s own poems, only poetry holds its promise. Here, in his latest, and stunning collection, Pegnall roams widely, mining childhood, adolescence, and every kind of love to create verse that is at once poignant and vivid. Funny too.”

Be the first to review ““Dearest Lord, When Will I Die?” – Peter Francis Pegnall (Print Edition)” Cancel reply