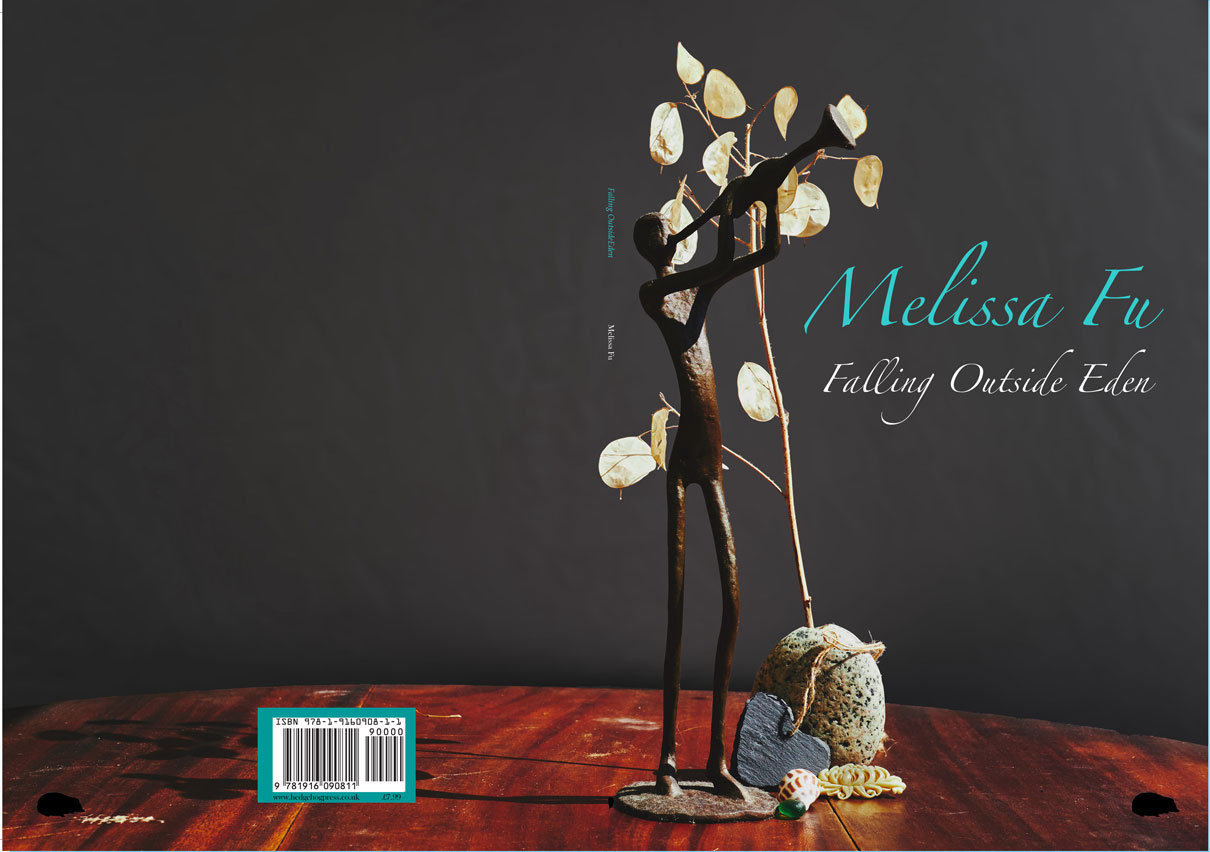 Melissa Fu grew up in Northern New Mexico and moved to Cambridge, UK in 2006.With backgrounds in physics and English, she spent many years working in education, both as a teacher and a curriculum consultant. Melissa was the regional winner of the Words and Women 2016 Prose Competition and was a 2017 Apprentice with the London-based Word Factory. In 2018/2019, she was the David TK Wong Fellow at the University of East Anglia. Her writing has appeared in several publications including Bare Fiction, The Lonely Crowd, International Literature Showcase, Envoi and A Restricted View from Under the Hedge.

If, as it has been said, every poem is a love poem to something, then each of the poems in Falling Outside Eden explores a different facet of love itself. From the intangible anticipation of beginnings to resolutions tempered by time, this collection follows the footsteps of a love affair through elation, betrayal, and forgiveness.

Structured in four sections, each comprised of five poems with an introductory quatrain, the pamphlet as a whole evokes the outline of a relationship filled with love and loss, inviting readers to inhabit the spaces in between.

“A beautifully crafted, fully-fledged, mature piece of work. Each poem sings off the page in its own right, but together they form a pleasing and coherent whole with a strong, consistent voice.”
– Sue Burge, author of Lumière and In the Kingdom of Shadows

“Falling Outside Eden is a moving collection of truths – it opens up the shells of the smallest details and shows us why they’re the most important.”
– Nik Perring, author, teacher, editor, Beautiful Words and Beautiful Trees

“Melissa Fu’s Falling Outside Eden is deep in the heart of it all, so much so that I imagine traces of soil from a lost garden tumbling down each page. It reminds me of sun sinking deliciously into bare shoulders but also the ache of winter storms. This collection is lived, is loss, implores you to ‘visit again the houses you entered first / by sunlight.’”
– Janice Worthen, editor and founder Night Music Journal.

“Falling Outside Eden is a quiet force that slowly builds momentum, the words folding over each other as I fold in to the words. From watermelons to Venus I feel as if I have been tumbled across a poetic threshold in to raw moments and wild truths, arriving on the other side a bit wiser and a bit more healed. I’ll be urging my whole pack to read this beautiful and essential work. “
– Dal Kular, founder of She Howls Women’s Writing Circles.