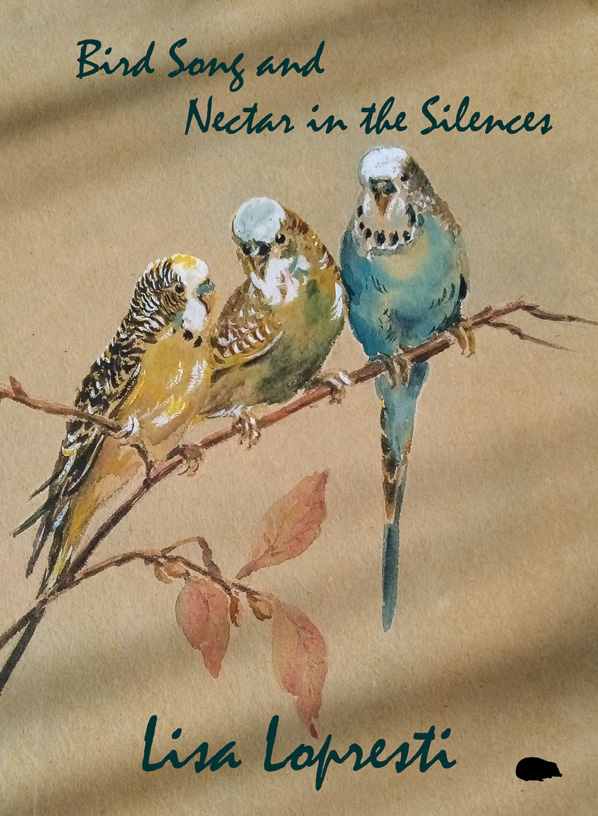 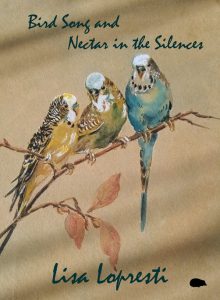 Happy Official Book Release Day to Lisa Lopresti, creator of the wonderfilled ‘Bird Song and Nectar in the Silences’.

This is the most awesome Christmas Gift, so do…

“Lisa Lopresti is a well-known and much loved Bristol poet. She frequently performed live before the Lockdowns and is a firm favourite of the BBC Radio Upload show with Adam Crowther. Her debut pamphlet is very welcome and is shows that her poems work just as well on the page as with her voice. Reading the pamphlet reminds me of going into a shop full of colourful, gauzy scarves with a variety of patterns. The poems are sensual, they sing with positivity although the pandemic is a presence in most of the work. Lisa’s particular skill is to present images which are beautiful but also surprising, with many references to the natural world. ‘You Never Cry Alone’ is packed with delightful, visual imagery almost to the point of exaggeration and builds up to a poignant ending. She also has a wry and witty take on the world for example ‘Virulence of Corvids’ can be read as a subtle analogy for the virus. The poems often take a surprising twist – Take the Stars – a poem about domestic contentment turns into a criticism of social media. The poems are detailed enough to feel grounded in personal experience but still keep a universal quality. They feel fresh. There are musical with subtle rhyme and word echoes. The title and the poem ‘Rose Bombs’ refer to work by the Iranian musician Maya Youssef and the collection for fills its strapline of being poetry for ‘ how we are and how we will be’.”

Lisa Lopresti (she/her) is a working class British poet from the English ship shape, statue toppling City of Bristol.  Her poetry has been regularly broadcast on BBC Radio Bristol with poems published, in magazines and anthologies such as ‘Acumen’, ‘Lyrically Justified V3’ for underrepresented voices and in ‘Voices Along the Road’ Charity Anthology for child refugees. An active poet at ‘Open Mics’ and a feature poet at several venues, Lisa has found this both terrifying and exhilarating. She likes to convey poems to portray, this life.