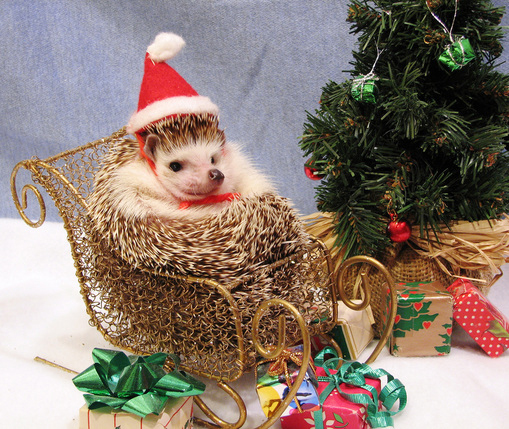 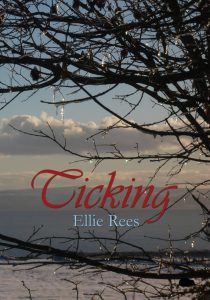 One of the most exciting books we have available in the coming weeks, is a rather brilliant collection from poet Ellie Rees, which despite not officially being released until January the 14th, should be available, signed by the lady herself, in plenty of time for your Christmas Stocking.

The poems in Ticking deep map a beautiful but apparently empty strip of the South Wales coastline that looks across the Bristol Channel to Exmoor. The collection could be classified as nature writing, though the term, deep-mapping is a more accurate description of the eclectic subject matter: there are ghosts, suicides and ruins, as well as dung spiders, stone masons and insect apprehension. Many of the poems focus on the history and geography, archaeology and wild life of a two-mile stretch of the Welsh coastline. However, the mapping in Ticking is not only confined to the tangible or material, it includes the intangible, the dreams and hopes, imaginations and fears of its residents both in the past and in the present.

“Quietly, precisely, these poems stitch together several kinds of journey, though the seasons, through convalescence and a spirited response to one’s own ageing, through an intimately known locality, till the life of a person is linked with that of a place. Step by step, grounded in observation of the natural world, given lift by a delightful humour, they move from the confines of the house out through fields underlaid by history to the dizzying edge of the land and of geological time.”

“Ticking is a quietly stunning collection. You read the poems with a growing sense of excitement which turns to a feeling of eerie glee. The sense of a poet finding her voice and vision is palpable. A small quadrant of the Welsh coast is deeply observed and felt and excavated, its histories, dramas and secrets brought to light. Everything here seems to live, thrillingly and awfully, at once. The girl in the woman, the body in the cliff, the appetites and angers of the sea, time caught in a child’s question, the spectre of death at a wedding; here are the patterns of mortality in bent grasses, in the imprint of a bird on a window, in the wheeling of a moment, a day, a season. Wales has made another poet: her name is Ellie Rees.’”

There is also a sense of close observations, of objects and creatures wriggling free from metaphor, existing for their own sake. The pieces are full of lovely close observation of birds, insects and flowers, things which don’t stand for something but are something…

The poems themselves are immediately apprehensible and emotionally direct, although not without a rueful wit or sudden reversals of tone. Indeed the mood of the poetry constantly shifts like impressionistic light, but for all that, the feelings are rarely uncertain or ambiguous.” 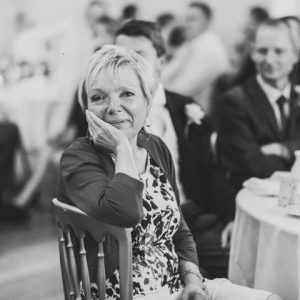 Ellie Rees is an internationally-minded, award-winning writer who writes across many genres including poetry, creative non-fiction and memoir. Her work is widely published in various journals including: New Welsh Review, Poetry Wales, Trestle Ties, The Lonely Crowd, Cabinet of Heed, and Black Bough Poems. She has an MA and a PhD in Creative Writing, both from Swansea University. Before becoming a writer, Ellie taught for many years at the United World College of the Atlantic, the first of the United World Colleges, situated in Wales. She was Head of Languages there and taught hundreds of idealistic, bright young people, many of whom have gone on to significant careers in literature.