One of our better ideas at the Hedgehog Press, has been the series of Poetic Conversations, and I am more than happily proud to say that we are now launching ‘Aloneness is a Many-Headed Bird’ from Rosie Jackson and Dawn Gorman.

Aloneness is a Many-Headed Bird is a conversation in poetry between two women about things that matter in a deranged and damaged world.

Drawing on their own, gritty, life experiences, their working-class roots and acquired wisdom, the poems evolve into an exploration of what it means to love, forgive, trust our bodies, and, ultimately, to step beyond ourselves, to forge the courage to empathise with all living beings and find a higher grace.

In poems that hold nothing back, that name hardships as well as transcendence, age and mortality as well as survival, this is an empowering dialogue for anyone who has wanted to make meaning out of their story and find hope for the future.

DAWN GORMAN is a freelance editor, radio presenter and poetry writing tutor & mentor. She devises and runs community arts events, including the monthly reading series Words & Ears in Bradford on Avon, and works closely with other writers, artists, photographers, musicians and film-makers: her collaborative film poems have been shown at festivals on four continents, including Cannes Short Film Festival. Her pamphlet, Instead, Let Us Say (Dempsey & Windle, 2019) won the Brian Dempsey Memorial Prize, while This Meeting of Tracks (Toadlily Press, 2013), was published in the Pushcart Prize-nominated four-poet book Mend & Hone. 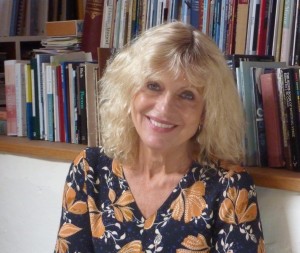 ROSIE JACKSON lives near Frome. What the Ground Holds (Poetry Salzburg, 2014) was followed by The Light Box (Cultured Llama, 2016) and her memoir The Glass Mother (Unthank, 2016). Her poetry is published in Acumen, Ambit, Frogmore Papers, Long Poem Magazine, Poetry Ireland Review, Poetry Salzburg Review, Scintilla, Tears in the Fence, and anthologies. Rosie has taught at the University of East Anglia, UWE, and Cortijo Romero, Spain. She won 1st prize in Poetry Space competition 2019, Wells 2018 and Stanley Spencer competition 2017. Poems about Spencer, Two Girls and a Beehive (with Graham Burchell) was published by Two Rivers Press, 2020.

One Reply to “Happy Launch Day! – Find out about “Aloneness is a Many-Headed Bird” by Dawn Gorman and Rosie Jackson”